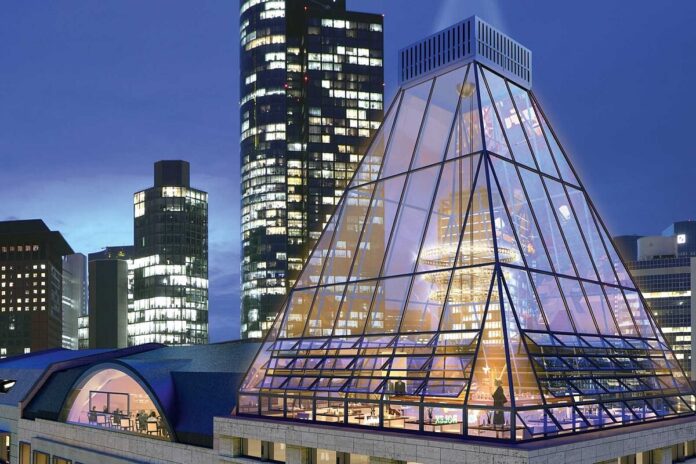 Some of the most iconic buildings in the world exist because of the mastermind Hadi Teherani, a world famous architect and a product designer. He was born in Tehran and completed his education in Barunschweig, Germany and was a professor at Aachen’s Technical University and then along with his partners Bothe and Ritcher, Hadi set up BRT Archteken. He then in 2003 founded his own design company named “Hadi Teherani”, which is headquartered in Hamburg, Germany and is comprised of architects, interior designers, urban planners and product designers.

The buildings are designed according to the location and can be the reason why his designs are so diverse and as a product designer, he creates a building inside out creating a functional space that reflects the ebullient style of the building. Modern and contemporary design and style plays a major role in Hadi’s design. The main challenge is linking to take functionality, sustainability and efficiency together, that is why “Green Building” and “DGNB” evaluation standards plays a major role while designing the buildings.

In 2011 Hadi Teherani Project Consultants India was formed, which is headquartered in Bangalore. The design team is comprised of 20 people which is led by Hadi Teherani, who is the principal consultant.

This studio has a caliber to design and develop projects that varies in range and are complex for various asset class like residential, commercial, hospitality, entertainment hubs, transit hubs, retail malls, universities and mixed use development.

The team comprises of:

LET’S HAVE A LOOK AT SOME OF THE REMARKABLE DESIGNS OF HADI TEHERANI IN INDIA:

Lodha Altamount is a metaphor for opulence and technological elegance and is a symbol for gen-z of metropolitans in Mumbai. It’s a 30-storey apartment with one sky villa on top tells us about its profuse style.

Mantri Lithos was inspired by the rock formation. The formation of the design of Lithos reflect the style of the context yet different gives an iconic reputation to this residential address in Bangalore.

Jubilee Hills Landmark Project, it’s a premium condominium under construction located in Hyderabad that has a design of a club house followed by a sea shell form that boasts about the premium rich lifestyle and a hotel like ambience for the luxurious residential apartments.

Gitanjali Park Phase 2, is an extension of Gitanjali Park in New Town, Kolkata. Along with maintaining the original look and a concept that is evergreen the idea revolves around the old concept of courtyard and vistas which will be the formation of two main concept in a more contemporary style with the overall view of the site.

Puravankara Atmosphere is designed with balconies and large windows that allows more fresh air and sunlight into your house which is a must need in a city like Bangalore and it provides a holistic living experience.

Salarpuria Exotic is an attempt to create an exotic design which timeless and have a minimalistic approach that enhances the aesthetics of the building and the retail store and the exterior of the building is designed with a jailed like contemporary style pattern which looks aesthetic.

Zotra Lawns is the first 4BHK Villa Development which will have no vehicular movement inside the complex as the developer’s mission is “Cars do not belong on the lawn”. There is a basement parking provided with each villa and each villa has a personal lift with G+2 and is specifically designed for family purpose, nuclear living, co-living and individual living.

L&T Mumbai is a residential building and its design was inspired by the forms of nature, the waves, the winds and the ripples in water was used as the inspiration to add the organic form. It provides a beautiful view of Arabian Sea.

The office building in Pune is located in one of the most commercial district and the building has contemporary design with horizontal projections of courtyard and balconies. The glass in the front creates a mirage and the plants add a green element that provides shade.

There are more buildings like the ones mentioned above, all over India. Hadi Teherani do not just design building, it creates a lifestyle out of it. The designs just speak out for itself.

Some of the unique work of Hadi Teherani globally are Flare of Frankfurt, Crane House on the banks of River Rhine, Dockland, Mercator One, the first green railway station in Germany, Dancing Towers, Zayed Waterplace etc.