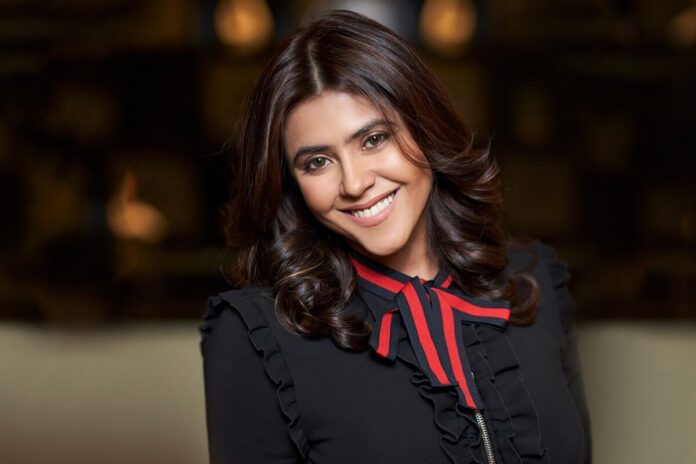 Ekta started her career when she was just 18 years old as Joint Managing Director and Creative Director of Balaji Telefilms Ltd. Her unique approach and comprehensive experience is the reason behind the company’s success, and being the creative director, she is the creative force that drives the company. She is a hustler, she works 16-18 hours a day working on contents and she is innovative, she keeps moving with India’s transforming TV climate and keeps raising the bar.

Balaji under Ekta’s leadership and creative guidance, has won almost every major TV awards and accolades. Ekta is passionate about what she does from a young age, the artist in her has awe-struck everyone. She has earned multiple awards. She was decorated with the fourth highest civilian honor- “Padma Shri Award” as well as “The Businesswoman of the Year” by The Economic Times in 2002. She received the title of “Entrepreneur of the Year” by Ernst & Young and “Woman of the Year” by the American Biographical Institute in 2001, and she received many such awards. She was positioned at No.1 among “50 Most Influential Women” in the Indian marketing, advertising, and media ecosystems by IMPACT magazine in 2016.

Ekta is an entrepreneur, visionary, creative, hustler, and artist. She revamped India’s television landscape and came with a vibe that boosted India’s satellite television game. She showed that you are never too young to establish an empire.