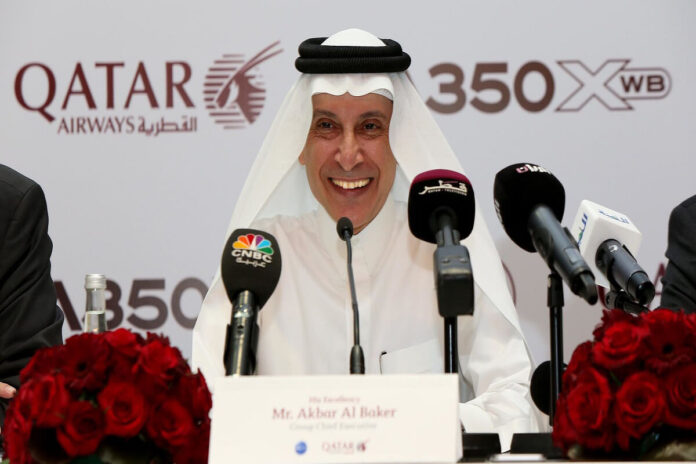 Akbar Al Baker has played a pivotal role in shaping the face of Qatar Airways, and transforming it into one of the fastest-growing and highly acclaimed airlines in the world. It was his dedication and hard work that has helped Qatar Airways win the Airline of the Year, for the two consecutive year 2011-12, by global industry audit Skytrax.

After earning his graduate degree in economics and commerce in India, Al Baker worked at various levels in the Civil Aviation Directorate before becoming Qatar Airway’s CEO in 1997. He has spearheaded the growth of Qatar Airways, which operated only four aircrafts in a regional capacity prior to his appointment. Qatar Airways currently flies a modern fleet over 130 aircrafts to more than 140 destinations across six continents.

He is also leading the development of the multi-billion dollar Hamad International Airport project, home to Qatar Airways. Al Baker is a member of the Executive Committee of the Arab Air Carriers Organisation (AACO), a member of the Board of Governors of the International Air Transport Association (IATA) and is a non-executive Director of Heathrow Airport Holdings.