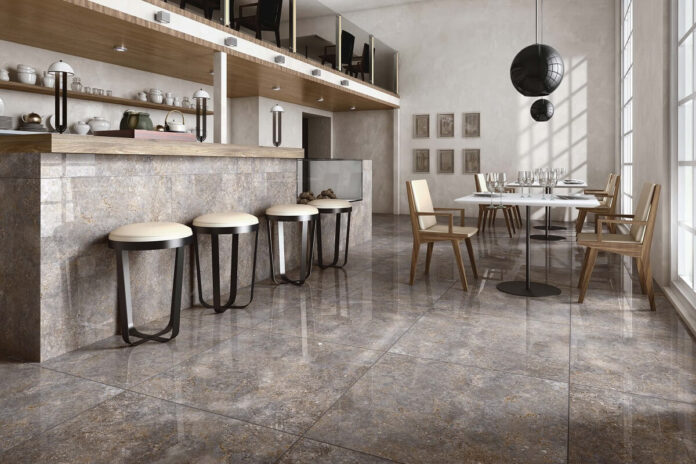 Founded in 1969 by the late H.L. Somany, Somany Ceramics has steadfastly established itself as one of the biggest names in the Indian ceramic industry.  Through its pan India presence, Somany is known to export its products to over 70 countries across 7 continents and has access to a tiles manufacturing capacity of about 60 million square meters.

Somany – A Leader in Innovation

Since its inception, Somany Ceramics has worked towards a diversified and successful future which has led to the company adapting and innovating with every change and trend. The company has patented a “Veil Craft” technology known as VC Shield which renders tiles with a specially treated coating that protects them against abrasions, scratches and stains. VC Shield now also available with Germ Shield Technology – inhibits the growth of microbes like bacteria, fungi etc. Somany has another patent filed, namely Slip Shield – a unique coating technology which gives anti-skid properties to the tiles.

In December 2016, Somany Ceramics entered the ‘Smart Toilet’ category with their luxurious ‘French Collection’, which offers increased functionality with optimal integrated solutions such as smart toilets, automatic flush systems and automated faucets. Recently, they also launched water heaters in Oct 2019 which is a testimony to their promise of being a complete solution provider in bathware.

Being one of the most innovative tile manufacturers in the country, Somany launched their Glosstra Pro range of tiles which is the largest Ceramic wall tile in India with a size of 450X900mm, they come with a special glossy coating that accentuates the colours and the design of the tiles.

All About The Accolades

Being one of the most successful tile makers in the country is bound to earn you a fair share of laurels in the industry. In as early as 1996, Somany’s indigenous R&D unit became the first ever plant in the Indian tile industry to receive recognition from Government of India. The company has also earned itself the distinction of becoming the first ceramic tile manufacturer to receive an ISO 9001 accreditation and an ISO 14001 certification for being an environment-friendly manufacturing facility.

As the manufacturing awards have kept coming in, Somany has also been recognised for its corporate efforts. The company has received the prestigious Power Brand Award for two consecutive years and was included in Asia’s Most Promising Brands of the year in the ceramic tile category by the World Consulting & Research Organization.

A Brand For The People

Giving back to society has always been a priority for Somany; a sentiment that is echoed and carried forward by all its manufacturing plants and offices across India.

One example of the noteworthy efforts under their CSR program is the Somany Tile Master Program. A program dedicated to building the capabilities of the masons and tile-layers in India, it provides functional training and skill-upgradation opportunities to masons from the lower income group so they can enhance their tile-laying skills.

A similar level of dedication is also seen in Somany’s efforts to deliver excellence to its customers. In the past one year they have launched their new brand campaign with Salman Khan which showcases their humble and rooted approach with the tagline “Zameen se Judey”.  The campaign’s essence is that ‘no matter how high you soar or how successful you are, you should always be rooted & remain grounded’.